We Are What We (fish for) 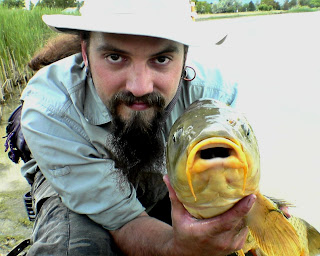 Based on extensive surveys conducted over the course of almost four years I have broken our local Front Range Colorado fly fishers into two categories and five sub-groups. The two categories are based solely on the amount of time an individual spends on the water. The five sub-groups are based on the type of fishing an individual does. I originally compiled this information solely for marketing purposes (working in a fly shop ain’t all bad!) but now I would like to share the information because it is fun to be introspective. So, read on and see where you fall in….

Category 2: “Normal 90”
This is the category that the majority of fly fishers fall into. This is the normal segment of the fly-fishing population that actually has a real job or family that won’t allow them to spend enough time on the water to end up a Hard Core. On average, men fish 33 days per year and women fish 15 days per year.

Sub-Group A: “Trout Heads”
These are the fly fishers who exclusively target trout. About 34% of local fly fishers fall into this sub-group.

Sub-Group B: “Trout & Dabblers”
These are the fly fishers who almost exclusively target trout, but will dabble a bit every year with other, usually warm water species. A typical scenario is someone who fishes for trout 25 to 30 times a year, but may spend a couple days at a local bass pond and another day chasing carp or pike with a friend. About 20% of local fly fishers fall into this sub-group.

Sub-Group C: “80/20’s”
These are the fly fishers who seriously pursue two fish species. Usually trout is the primary species (consuming roughly 80% of their time on the water) but the remaining 20% is spent after a second species. About 35% of area fly fishers fall into this sub-group. Most commonly the second species is largemouth bass. These Trout/Bass fishers are often in their late 20’s or early 30’s. They are blue-collar, or beginning career people and usually put in more time on the water then others in this sub-group, mainly because of the close proximity to good trout and bass water on the Front Range. Trout/Bass fishers make up about 19% of local fly fishers overall.
The second most common “80/20” fisher is the Trout/Salt guy. These make up about 12% of fishers overall and they are usually middle aged and older career/family types who don’t have a ton of time to fish, but get out for trout as often as possible. But they are financially stable enough to take a couple long weekend trips to a well-known trout river and at least one weeklong fishing vacation to a saltwater destination.
Another type of fisher in this sub-group is the Trout/Steelhead junkie. These guys have about the same type of career/lifestyle as the aforementioned Trout/Salt guy but tend to be a bit older. They are usually retired (or near retirement) own a spey rod or two and have a healthy collection of classic fly fishing literature in their home library. These guys spend a good deal of time fishing for local trout, but the highlight of their year is the annual trip to Washington or British Columbia to fish for steelhead. Trout/Steelheaders make up only 4% of local fly fishers overall.

Sub-Group D “Triple Threats”
These are the fly fishers who seriously pursue three fish species. This group makes up only 8% of area fishers. Most commonly these were “80/20” Trout/Bass fishers who 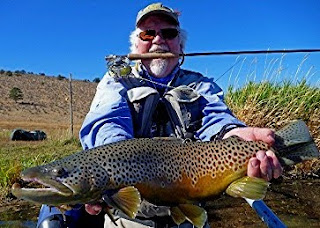 branched out to seriously include a third species such as carp or northern pike. An equally common scenario is the “80/20” Trout/Bass fisher who finally gets to the point in their life to afford the annual Alaska (salmon) or saltwater fishing vacation. The two frequent time breakdowns for the typical “Triple Threat” is 70/15/15% and 45/45/10%. Someone who fishes 24 days for trout, 6 days for bass, 1 day for carp and another day for wiper should NOT consider themselves a “Triple Threat”. They are an “80/20” Trout/Bass guy!

Sub-Group E: “Aces”
These are the fly fishers who seriously pursue four or more fish species. Those in this sub-group make up only 3% of local fly fishers and are usually also in the Hard Core 10 category, primarily due to the immense time involved in fishing seriously for four or more types of fish. These are often fly fishing guides or otherwise engaged in the fly-fishing industry. A common scenario is someone who spends over 100 days a year on the water, 60% fishing for trout, 20% after carp, 10% after largemouth bass and 10% after something else. The fourth pursuit is varied, sometimes northern pike, sometimes wiper…maybe to the salt. Interesting is the tendency for the second pursuit to usually carp!

Note: For ease of classification I have lumped all trout (cutthroat, brookies, browns and rainbows) into one species “Trout” and have done the same with large and smallmouth “Bass”. In the same vain I have included all saltwater species into “Salt”.
Posted by Jay Zimmerman at 9:54 AM