Pegged Beads (And My Turmoil About Them) 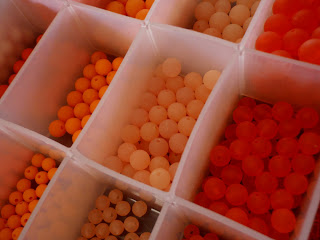 This is a sensitive subject—the fly-fishing version of bringing up politics at a mixed family barbecue, or religion at the pub. The pegged egg. If you have no idea what I am talking about (congratulations!) you need not read any farther. Go about your day…and the rest of your enjoyable fishing life. But, if you know exactly what I am talking about, well…you most likely have an opinion on the subject. Probably a fairly strong, well-entrenched opinion. For those not in the know and not following my advise to look away…here is the low down. “Pegging an egg” is taking a plastic bead the size and color of a trout or salmon egg, threading it onto your leader and pegging it into place with a sliver of wooden toothpick—then tying on a bare hook. The idea is that the fish eats the “egg” and the act of setting the hook dislodges the pegged bead and slides the bare hook into the mouth of the fish…or at least the vicinity of the mouth. Spawning trout and salmon have a wicked desire to eat eggs, so this method is unbelievably effective. Although, it could be argued (and is by many) that this is just a creative way to “floss” spawning fish…or is just a thinly veiled form of snagging—often in the face and eye of the fish. Is it not snagging? Let me ask this: if you are drifting a two-fly dry/dropper rig and a trout rises to the dry, but misses it…and you hook the trout in the belly with the dropper nymph (this happens all the time)…is this not an accidentally snagged fish? Is this not the same thing? Or is the bare hook hanging menacingly behind the bead a very deliberate attempt to snag a fish? If so, should it be legal? 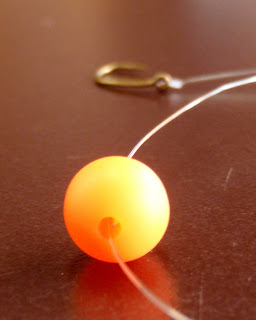 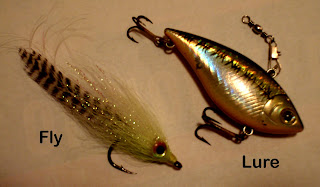 As I predicted, this story has generated a lot of discussion. Perfect. I wanted all of us (as fishermen) to think about this topic and have an intelligent conversation about it. It is important and very topical. There are several states intending to ban the practice very soon. The argument has gone on here in blog form as well as Facebook, and in the fly shop and at home... I have spoken to many hard-core bead peggers, as well as some of the more respected fly designers in the world...and some of the Old Guard fly fishermen. The conversations seemed to gravitate to three different topics, the first two being: What constitutes a fly? And, what constitutes a fly rod? It became apparent early that most fishermen considered fly fishing something that must be done with a fly rod at one end and a fly at the other—but then, semantics entered the ring! The argument about what a fly rod is, well, that one was fairly easy. Most fishermen are willing to agree on a fairly broad description of what a fly rod is. The difference between a fly and a lure? Now that generated some debate. The general consensus was that if it is tied, it is a fly…molded or formed (i.e. glue gun egg) then it was considered a lure. Half of each? Generally accepted as a fly—benefit of the doubt, I guess? But, the O fishermen who thought a plastic bead was a fly was…well, no one. The retort I got from the Bead Fishermen was sort of defensive. Some attempted to put a plastic bead into the same category as a fly that incorporates a touch of foam or synthetic flash—a logic I have a hard time following, even in my open-minded state. This logic kind of insinuates that an eight-inch jointed Rapala could be called a fly—WTF? So, the conclusion (for now) is that bead pegging is not fly fishing! OK. Not that big of deal. Most of us have spent a portion of our fishing life as a “conventional gear” fisherman already anyway. Most state fishing regulations are exactly the same for both styles. No Bait—Flies & Artificial Lures Only. Artificial lures…I guess that’s you guys, Beaders. Again, no big deal! 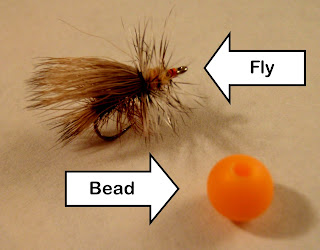 Then the conversation got heated. The third question everyone migrated to was: Is it snagging? This one sort of makes the fist two questions a bit moot, don’t ya think? The self-proclaimed Beaders in the room did some very odd, but creative mental gymnastics to separate what they were doing from the illegal act of “snagging”—frantic semantic scrambling is a better way to put it. The argument degenerated/evolved into one party offering up hypothetical scenarios and the other party attempting to categorize it as Snagging, Foul Hooking (apparently the accidental form of the deliberate act of Snagging) and Fair Practice. If you are fishing a two-fly dry/dropper rig and a trout rises to the dry, but misses it…and you hook the trout in the belly with the dropper nymph? Unanimously…Foul Hooked. Now, let us say you are fishing during the big stonefly hatch. Your rig is a big #6 Soffa Pillow dry…with the hook clipped off! Presumably to make it look more natural on the surface of the water. And you have somehow rigged a bare treble hook a foot or so behind it. When a 20 inch brown trout takes the dry fly the fisherman yanks back…. OK, ya getting the point?
My own conclusion is logical and unarguably simple. If you fool a fish into willingly taking your disguised hook into its mouth…you are “angling”. If you force a hook into a fish…you are “snagging”. If you purposely distance the hook away from the “lure” object in which you are fishing (be it two feet or two inches)…and then pull the hook into the fish once it has taken the “lure’…then you are still snagging fish. I guess most laws have just not caught up with our conniving technology…
Posted by Jay Zimmerman at 8:06 AM