Rise of the Urban Angler 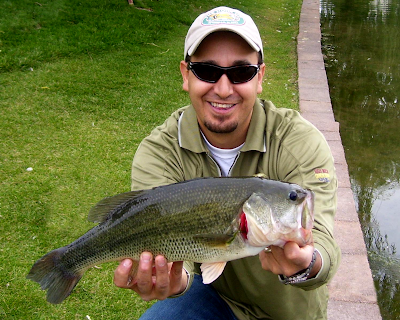 I have heard that the rise of the urban angler has to do with the recent decline in our economy. We can not afford to chase “real” sport fish, so we are forced to catch bass out water hazards and carp out of irrigation ditches. We are poor, awful wretches scrabbling for fish scraps in what amounts to an open sewer. Whatever. I don’t buy any of it. A modern day urban angler does not pursue the fish he does out of desperation. He does it because he is the new bread of cool. I have good friends, doctors and dentists with quite successful practices who are lucky enough to afford multiple saltwater fly fishing vacations a year. These guys now chase carp in the mud flats with the same gusto and enthusiasm as they do with permit and redfish. I also know fly fishing guides who spend in excess of 150 days a year teaching mediocre anglers to heave a thingamabobber in the general direction of “upstream”. Even these guys choose to wash a particularly frustrating day on the trout stream off the books (so to speak) by spending the evening with a cold PBR at a semi-secret bass pond. And I know this may be hard for the old guard—what is left of the cane and tweed crowd—but the urban, warm water fly fisher may be one of the more noticeable of the contemporary Guidon bearers for our sport. They are the best ambassadors, as well. They are 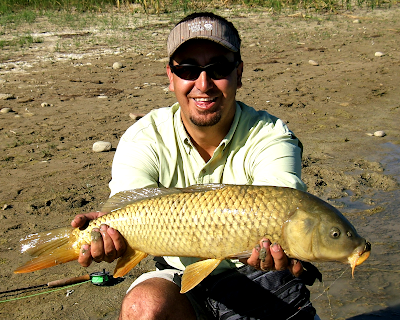 the fishermen who are seen by the kids on the school bus, from the park swing…and looked down on from atop a bridge and a skateboard. The urban angler is the only one who has a chance of convincing a kid that being outside is OK and maybe (just maybe) a fly rod might be a bit cooler than some dumb ass Wii game piece. So I salute and celebrate all of you fellows of the mudflats, brothers of the bass ponds… Featured here are photos of Jason Ruybal, a friend of mine who lives in Ft. Collins and is obviously proudly hoisting the flag. He calls me every so often at the fly shop asking for more of my Backstabber carp flies. Keep sending me shots like this, Jason and I’ll keep the flies coming!
Posted by Jay Zimmerman at 8:35 AM