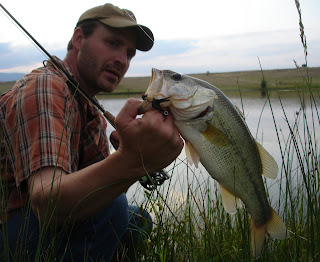 This sounds familiar to you because your grandpa made you watch the edited for TV version when you were growing up. It was a 1962 war movie featuring John Wayne, who played the Lt. Col. leading the 2nd Battalion, 505th Parachute Infantry Regiment--arguably the most bad-ass battalion to drop out of the night sky...both then and now. The story centered around the D-Day invasion of the Normandy beaches and was a precursor to, and undoubtedly an influence on the making of the much later Saving Private Ryan. This blog post has nothing to do with that long day in American military history. I thought up the heading of the story because it seemed fitting for a story about taking advantage of the Summer solstice. Yesterday. The longest day of the year. 14 hours, 59 minutes and 19 seconds of daylight. If there was any day to go fishing after work...it would have been yesterday. Given, of course, the assumption that the more time you have the higher the odds are you--as a fisherman--can make something really good happen. No matter who you are or how high-end or crappy your fishing equipment...given enough time you can catch state records and make millions off of tackle endorsements and finally quite that 9 to 5 that kept you locked up in a monkey suit until 6. But on the first day of summer you had almost a full 15 hours of sunshine to cook the local bass ponds to perfection and leave you just enough time to shed the monkey shuck and go fish. Give me my nineteen seconds! I am no different. Sure, I work in a fly shop and I love my job...which sucks, because I can't complain about work to anyone. No one listens. But I spend 53 to 57 hours a week at my dream job. Talking about fishing. Not actually fishing. So, given an opportunity to bail early and fish until it is too dark to tie a knot...I will take it. Which Erin and I did on this fine June solstice. And we fished until we could not see...just to make a point of squeezing out the last drop of summer before it really had a chance to start. 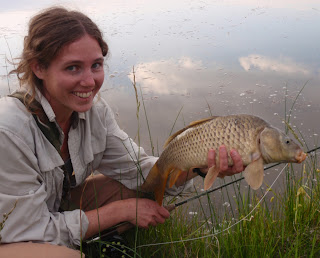